Get in Touch With Us

Dr. Vishal Srivastava is one of the best Cardiothoracic Surgeon in Lucknow. He got his initial Medical and Surgical training from Kings George’s Medical College, Lucknow during this period he was associated with KGMC around 10 years and received cardiac surgery training from the PGI Chandigarh. He also worked for 6 years as a Consultant at several renowned hospitals, in New Delhi, where he had the opportunity to train under Dr. Naresh Trehan, considered to be one of the foremost cardiac surgeons in the world. Over the past eight years, he has been a Consultant Cardiovascular Surgeon and has operated in most major corporate hospitals, including Medanta Medicity, escorts heart institute and Apollo Hospital, New Delhi. 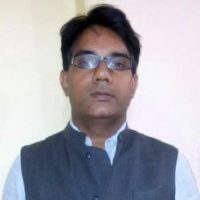